Outliers by Malcolm Gladwell teaches you why self-made success is a myth and how the often ignored and unseen factors like the year you’re born in or the place you’re brought up has a massive impact on what you’d accomplish in life.

Table of Contents
Who Should Read Outliers Summary?
Outliers Summary (PDF)
Who Are Outliers?
The Popular Myth Of “Self-Made” Success
Some Are Born More Gifted Than Others
Kids Having Wealthy Parents Get An Unfair Advantage Over Kids Having Poor Ones
There Are No Shortcuts To Achieving Mastery Over Something
The Consistent And Deliberate Practice Contributes To The Actual Growth
The Time And Place Of Birth Determines The Level Of Your Success
The Key Takeaways From Outliers by Malcom Gladwell
Outliers Book Review
Now It’s Your Turn

Who Should Read Outliers Summary?

Are you curious about how some individuals achieve extraordinary success while others look up to them and wonder what makes them so unique?

Maybe they are born with talents that far surpass the abilities of ordinary people.

Huh…here is a lot of confusion.

Well, thanks to Gladwell, in this book, he has busted some age-old popular myths related to successful people.

He throws light on what it takes to get in the list of successful people.

And today, in this article, I’m going to give you a detailed summary of Outliers by Malcolm Gladwell.

Since the whole summary revolves around the term “Outliers,” it becomes essential to understand what does it mean.

Here is what Google shows us: According to Gladwell, Outliers are the people who have achieved extraordinary success in life.

Those who have experienced the rare moments that only a few people get to experience.

These are regular people like us, and yet they are somehow different.

Such people belong to a completely different class. All these people have tasted the fruit of success.

They’ve seen what lies beyond the realm of hardships and victory.

Regular people barely manage to get by.

But these outliers have unique experiences that make them shine amid the crowd.

Long story short, the people who have achieved extraordinary success in their lives are Outliers.

The Popular Myth Of “Self-Made” Success

When you hear the stories of the highly successful people or the young billionaires.

What do you see often?

They believe that they were born to be successful, and the Almighty himself created them with utmost care.

It is rare to hear stories that a person got successful by pure dumb luck.

Nobody believes in the possibility of multiple factors.

What they see is the final and initial image of that person without considering other factors.

For example, if you see someone like Pablo Picasso, what’s the first thought that would cross your mind?

“How talented he is, I wish I could paint like him.”

And this is where the myth of self-made success exists.

We tend to jump to the conclusion that successful people are successful due to their innate talents and hard work i.e., they are “self-made.”

But the reality is entirely different.

No successful person like Bill Gates or Steve Jobs is a self-made billionaire.

There were people who helped them along the way.

They are where they are due to so many unseen and little (often ignored) factors.

All these factors added up and contributed towards the development of events that allowed such outliers to achieve great results.

Success is the result of many unknown factors that our mind is unable to perceive, and therefore, it creates an image of a self-made success.

We look at the achievements and ignore the process that took the outliers where they are.

Some Are Born More Gifted Than Others

The sense of possibility for success comes not just from inside us or from our parents. It comes from our time: from the particular opportunities that our place in history presents us with.

Although success is indeed a sum of many factors but it’s also true that some people are naturally better at doing certain things.

For example, consider Asians, they are usually good at Mathematics.

Maybe, this is due to their rich culture or language that allows them to build logical and reasoning skills that make them a better mathematician.

Nobody knows the exact reason for this but it happens most of the time.

Maybe this is due to random likely events.

But one thing is clear, some people get an edge over others.

Life is unfair for most of us.

Some kids are more privileged than others.

This puts them miles ahead in their journey of life.

They get to their goals faster.

Being rich, they get access to the resources that poor kids can’t even dream of.

For example, look at the politicians.

You’ll find that they already have a lot of money.

They have more than enough money to run marketing campaigns that help them to bring in more votes.

On the other hand, little businesses and startups that are innovating depend on the money from investors and need to deal with other problems as well.

Suppose there are two tennis players who are equally determined and talented.

And the only difference is in their money background: one is rich while the other is poor.

Who do you think would be more successful?

Yes, you got it right.

The tennis player with the hefty bank balance is more likely to be successful than the one who barely meets everyday needs.

The resources, wealthy tennis player would have will also facilitate his progress.

Moreover, he could invest in the best available coaching club for training.

He could easily get along with the finest players.

Kids having wealthier parents also empower and encourage their kids to explore multiple careers without any fear of risk.

This allows rich kids to find a suitable niche to explore.

Not only this put them in the right mindset but it also develops their attitude.

And again it’s important to mention that kids having wealthier parents have access to the high-quality education that makes them intelligent and smarter.

Being rich radically improves their chances of getting successful.

On the other side, kids having poor parents limit their children with resources and often discourage them from taking risks.

In short, rich kids get results faster due to their advantageous backgrounds when compared to poor kids.

There Are No Shortcuts To Achieving Mastery Over Something

Success is a function of persistence and doggedness and the willingness to work hard for 22 minutes to make sense of something that most people would give up on after 30 seconds.

Success follows when mastery is achieved.

People may tell you tricks to get results but real success is achieved through talent, hard work, and other unseen factors.

Take an example of the Beatles, or you should better say a rock band of outliers.

What do you think made them outliers?

Was it hard work?

Or was it pure dumb luck?

Despite being talented, they had to put in a lot of effort.

They had to go on stage doing shows after shows.

Talent is only a part of the equation.

In order to achieve mastery, one needs to put at least a minimum of 10,000 hours.

It is difficult to put these many hours into something.

To put this into practice, one needs to start early in his life.

One must have a clear idea about what he wants to achieve in his life.

Unless one has a clear vision, one won’t put these many hours into anything.

Many people don’t get this luxury of starting early.

And that’s one of the prime reasons they don’t get to become outliers.

Outliers like Beatles, Bill Gates, etc, they all put those hours practicing and sharpening their skills.

Beatles also had to go through those boring practice sessions to achieve mastery in rock music.

The Consistent And Deliberate Practice Contributes To The Actual Growth

One needs to be deliberate when it comes to practice sessions.

If you’ve ever picked a musical instrument in your life, you might know how hard it is, in the beginning, to go through deliberate practice sessions.

They aren’t fun at all.

And this is how hard deliberate practice is.

You don’t become Jimi Hendrix or Eddie Van Halen from day one.

And neither do you achieve their level of mastery by mere practice.

It is only the deliberate practice of at least a minimum of 10,000 hours, that will push you upto the limit and improve you with time.

How to Be More Productive in Life: Easy Actionable Guide (32 Tips)

Who we are cannot be separated from where we’re from.

Not all would agree with this point, but tycoons like Bill Gates were born in the right place and the right time to be that great.

Bill Gates was just at the right age when the software industry was about to develop or grow rapidly.

Now imagine, if Bill were old at that time.

Probably he would be making retirement plans.

Being born between 1954 and 1956 helped him to be precisely in the array of opportunities.

Interestingly, not many software tycoons were born in these years.

Again, what if Mark Zuckerberg were born in this decade?

Would he be this successful?

Being born at the right time and the right place gives you access to rare opportunities that others never get.

The Key Takeaways From Outliers by Malcom Gladwell

Let’s wrap up the key ideas from this summary:

Extra lessons you will learn on Blinkist book summary app:

This book is a must-read for everyone who wants to become successful and enjoy his/her life like nobody else.

Things I liked in this book:

This book emphasizes on deliberate practice and also proves that nothing can beat practice.

It doesn’t matter how talented you’re, if you want to be a master, you’ve got to practice.

Things I didn’t get satisfied with:

Gladwell tells that you need to be in the right place, the right time and the precise series of events to be successful.

I don’t believe this is precise enough.

We, being humans, hold the power to influence our conditions around us.

Just being in the right moment doesn’t guarantee a path to success.

But yes, to some extent, it increases the likelihood of fortune.

What do you think about success?

Do time and place of your birth strongly impact what you’ll achieve in life?

If you liked this Outliers Summary feel free to hit the share button to add value to others’ lives and help them become an Outlier. 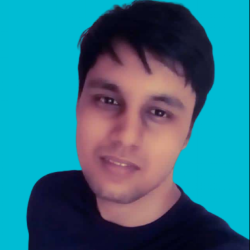 Hi there, I'm the guy behind WizBuskOut. I created WizBuskOut to share the lessons from books I read. I wish to make this website a central hub for learning key lessons from the non-fiction books. My mission is to spread true education to all and destroy all the self-related conflicts.

If you love my content, consider supporting me by becoming a patron. Become a Patron!